The vineyard dogs are an integral part of life at Poggio a Rofani, adding to the fun and ambiance of the place. The gang of four is led Vibo, the Capo di Capo of the Dachshund. There are many legends on the origin of his name ranging from him being born in Viterbo to Vibo being short for Vittorio Botticelli. His favourite, however, is that it is short for Very Importante Bassotto. Vibo is a bossy hunting dog that would give Napoleon a run for his money. Confirmed kills include a fox, a hedgehog, numerous lizards and an electrician – just kidding, he got away. Vibo’s gang consists of two smaller Dachshunds, Saschenka and Lili, as well as a Weimaraner, Lara.

Sashenka is a 7 year old sweet and gentle Dachshund but with a mindset of a retriever. Whether it is a ball, stick or anything else that can be thrown, she will fetch it – and you will get tired way before she will.

Lili is a 4 year old Meerkat with an attitude who befriends everybody without exception. She is a real raddese, never leaves home and gets cold if the temperature falls below 25 degrees.

Lara is the newest addition to the pack having joined only in June. She is a lovely dog with a big personality and even bigger feet. Still thinks she is a Dachshund, which might become problematic as she gets fullgrown. 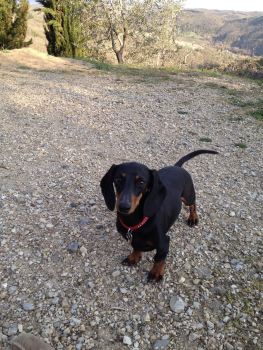 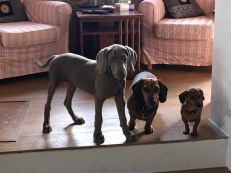 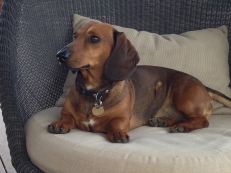 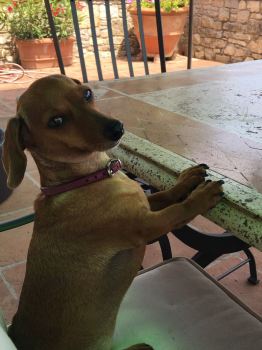 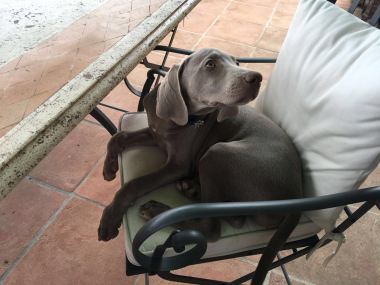 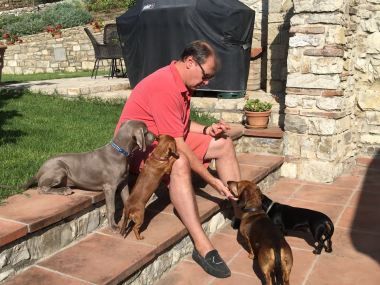